Now Kotalipara, a Hindu fisherman has been cut and injured on the pretext of pulling his beard!

It should be mentioned here that a fisherman named Ripon Biswas (32) was hacked and seriously injured in Kotalipara upazila of Gopalganj. A case was also filed in Kotalipara police station in this incident. Last Tuesday (January 17) this strange incident happened in the Kacharivita market of Kandi Union of the upazila. Fisherman Ripon Biswas is currently battling death at Sher-e-Bangla Medical College Hospital in Barisal, his family said.

It is known that fisherman Ripon Biswas is the son of Bhagya Biswas of Shibpur village in Ujirpur upazila of Barisal district bordering Kotalipara upazila. It is also learned that the day before the incident (Monday), fisherman Ripon Biswas had rented a net from Amir Ali Howlader, son of Hamed Howler of Kacharivita village of Kotalipara upazila, to catch fish from his pond.

He said, Md. Amir Ali Howladar and his men cut and injured my son over a trivial incident. We are a minority and have been subjected to such attacks. I want a fair trial of this incident.

When Md. Amir Ali Howladar was contacted to know about this, he said, Ripon Biswas grabbed my beard and slapped me at one stage of the discussion about the net rent. Then my men beat Ripon Biswas. However, no injuries were reported.

SI Aminul Islam of Kotalipara police station said that Ripon Biswas' father Bhagya Biswas has filed a case as plaintiff in this incident. Efforts are on to arrest the accused in the case. 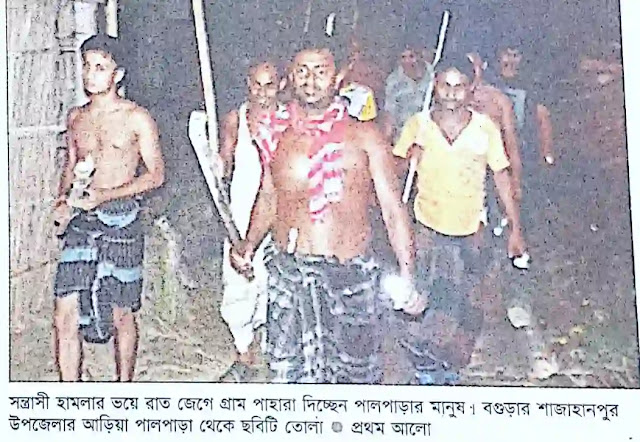